Written by By Staff Writer The football team representing South Korea’s second city of Suwon is to formally ask prosecutors to investigate the alleged racist abuse of its player during a match. A video… 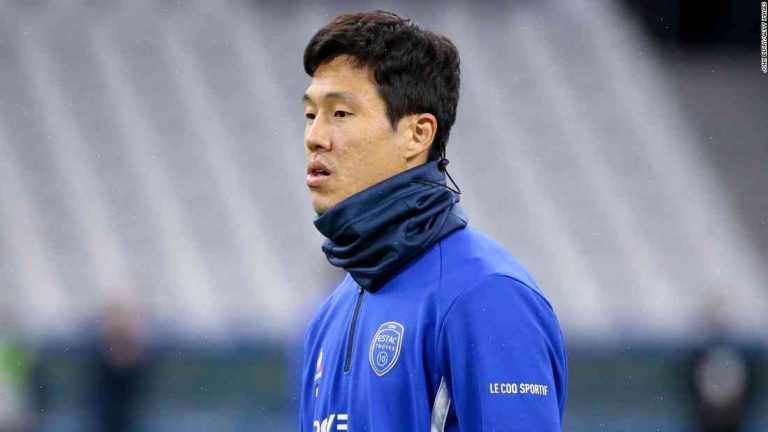 Written by By Staff Writer

The football team representing South Korea’s second city of Suwon is to formally ask prosecutors to investigate the alleged racist abuse of its player during a match.

A video on social media showed Ahn Hyun-soo, the captain of Suwon FC, being taunted and sworn at by a crowd of about 50 spectators during his team’s match against Suwon Bluewings of the country’s national league at the Suwon World Cup Stadium Saturday.

Fellow footballer Lee Tae-hun took a video of the alleged incident, adding that “They called him a dog and tied up his hair.”

Ahn, who is also a songmaker, later posted on social media that the spectator was holding a hat which read “K.” He demanded authorities look into the matter.

“This is an extremely serious issue, and we cannot tolerate an incident of this kind,” he said in a statement posted on the team’s Facebook page.

South Korea’s sport agency, the Korea Sports and Olympics Committee, is helping the Suwon police look into the case, according to Suwon police.

One fan told CNN he saw four or five people throw the blame at Lee, who was wearing Suwon FC gear at the time.

The Suwon resident, who asked not to be named, said the whistle that Ahn blew meant his team couldn’t take an additional minute to prepare for a penalty, when a Suwon Bluewings player was given a yellow card.

“Lee Sang-hyun should have sacrificed his own card, and, based on Ahn’s whistle, he must have thought his team didn’t have enough time to score another goal,” he said.

He added that Lee’s hat says “Korea” in Korean.

Officials with FIFA, world football’s governing body, said they were making inquiries into the incident.

“FIFA is aware of the incident during the Suwon Premier League match between Suwon Bluewings and Suwon Shahin FC (1-1),” it said in a statement.

“We will be in contact with the Korean Football Association in the coming days to gather more information,” it added.

On Sunday morning, Suwon football fans scuffled in the streets near Suwon World Cup Stadium, which remains at its designated capacity for its matches.