A Saudi Arabian woman competes in a professional golf tournament 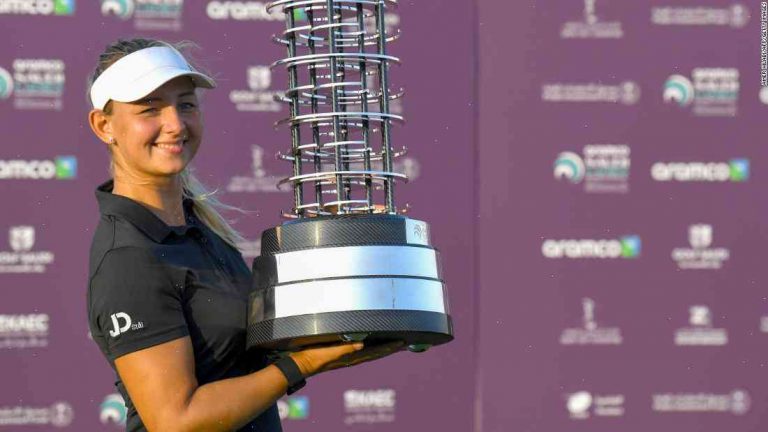 Pedersen is currently on the ranks of golf pros in the United States, though she lives and works in Dubai, and is competing this week in the international professional events sponsored by the National Women’s Golf Association, a non-profit organisation working to grow the game in the U.S.

The pro-am at Royal Greens, organised by Titleplan, is a major event in the Saudi Arabian womens’ golf calendar, and she is competing against a field of over 60 different players from 18 different countries including Austria, England, Korea, Germany, Jordan, Mexico, the Netherlands, Thailand, Canada, and the U.S.

“I’m very proud to be one of the few Saudi girls at this event, and very excited to participate in this very important event for my nation and for us all,” she said after competing.

A former PGA professional for 16 years, the 36-year-old was ranked the second-highest amateur in the world in 2011, 2012, and 2013. She holds a professional license, has won multiple international women’s amateur events, and was among the top-four amateurs at the LPGA’s 2013 Taiwan Women’s Open. She currently plays in the team event on the Ladies European Tour.

Standing at 1.57m tall and weighing 66kg, Pedersen is the third-tallest American to play professionally and is among the largest women players on the Tour. The spokeswoman for Titleplan says she decided to participate in the event to represent herself, rather than to prove that a Saudi Arabian woman can make it on to the PGA Tour.

“I want to represent my country and show the fact that a Saudi Arabian woman can do anything that the guys can do, and can win the big tournaments,” she said.