• Lamine Diack became president of IAAF in 1999 • Lamine Diack also ran three Olympics between 1976 and 1984 The former head of the IAAF and former French president, Lamine Diack, has died… 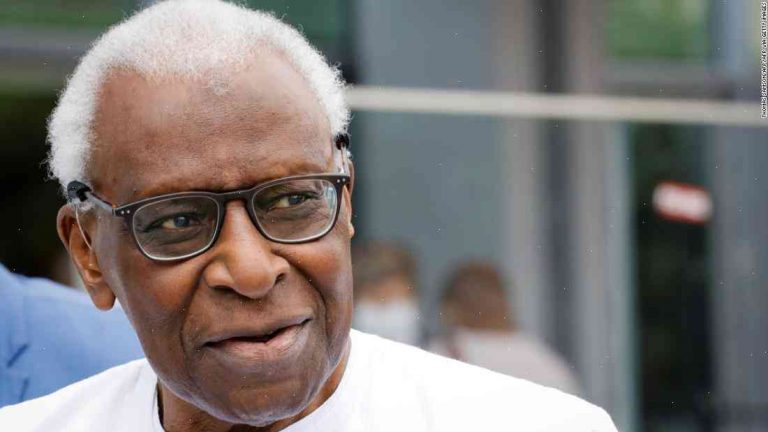 The former head of the IAAF and former French president, Lamine Diack, has died aged 88.

Diack was one of Africa’s leading businessmen in the 1960s and ran three Olympics from 1968 to 1984, and as the head of the international association of track and field federations from 1999 he oversaw many of the moves designed to create a credible and modern sport.

A file photo shows the then head of the IAAF, Lamine Diack, wearing a reed cap with the number 10 on it. Photograph: Jean-Pierre Gobeil/AFP/Getty Images

Under his watch in his home country of Senegal Diack also brought the country its first Olympic titles, in both football and athletics, with the long jumper Desire Lumoke winning silver in 1984 in Los Angeles and the 400m runner Maureen Bougy winning the women’s 200m gold in 1980 in Moscow.

He later held several positions with Fifa, including as president of the African Football Confederation and Fifa honorary president until being succeeded in 2016 by Fifa’s Jacques Anouma.

On Friday night Diack’s son, Papa Massata Diack, told Reuters by phone he had died “suddenly” on Friday at his home in Begouane, Senegal.

“I think he had a stroke,” Papa Massata Diack said, recalling the last time he spoke to his father. “I think he was asleep.”

The IAAF, the global governing body of athletics, said in a statement Diack “made a massive contribution to the growth and reputation of the sport, and under his leadership the IAAF became the leading sporting body in the world”.

The IAAF’s president Sebastian Coe called Diack “a wonderful leader who dedicated his life to athletics and to the sport of Senegal.”

Diack held honorary titles including that of Grand Warden of Begouane’s Carkantia, a monastic community in Senegal built in the early 13th century.

“My heart goes out to Papa Diack’s family as they are now confronted with a great loss,” Pope Francis said in a statement.

“My prayers go with him, and with all the athletes, and the members of the entire sporting family, who have adored him and valued his energy, idealism and dynamism.”