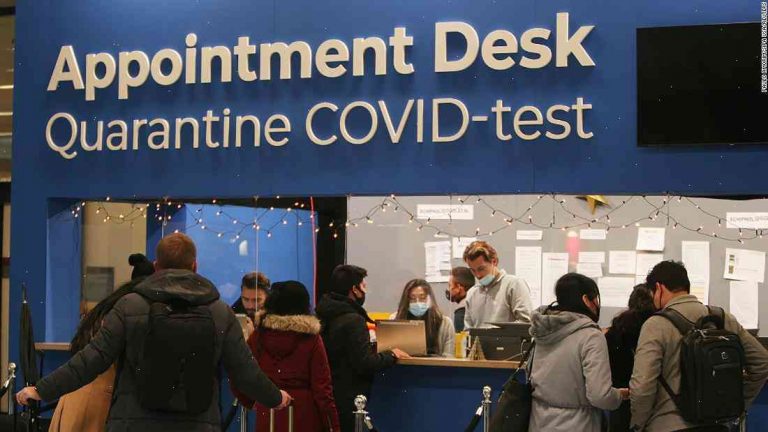 This article is over 5 months old

Dutch authorities have arrested a couple who travelled to South Africa to claim they were misdiagnosed by an Amsterdam clinic in their fight against a customs ban on a medically-induced infection.

Anubis Steinkopf, 33, and his girlfriend, Andrea Heiners, 26, told the Dutch national broadcaster on Friday that they wanted to show public health officials in South Africa their certificate from a clinic in Rotterdam.

“Our aim was to document that we were misdiagnosed,” Steinkopf said.

The Dutch interior ministry dismissed their claims as “fake news”.

“They were under criminal suspicion because they allegedly made false statements,” a spokesman said.

Dutch customs raided a Rotterdam clinic in August, seizing his and her passports and demanding a DNA sample.

Officials feared the couple lied about being infected with Ebola during a visit to Guinea.

Steinkopf’s mother told broadcaster NOS that her son had visited a clinic in the Ivory Coast while working as a chef and was under suspicion of having Ebola when he went to the Netherlands in April.

Health officials have said they are not aware of cases of men travelling to the Ivory Coast from the Netherlands infected with Ebola.

The Netherlands’ decision to impose quarantine bans on travellers and business operators from countries affected by the Ebola crisis is not unique.

The US and the UK have also introduced anti-Ebola measures based on the recommendations of a World Health Organisation (WHO) panel.