First Nations’ clean water problems are not acceptable, the Parliamentary Budget Officer (PBO) said Friday, citing a number of programs that are not reaching the goals set out. In a first-hand report, the PBO… 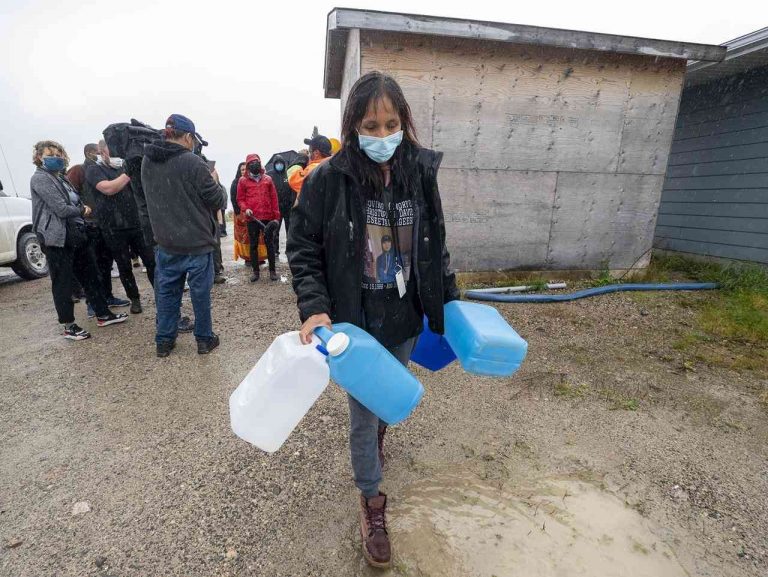 First Nations’ clean water problems are not acceptable, the Parliamentary Budget Officer (PBO) said Friday, citing a number of programs that are not reaching the goals set out.

In a first-hand report, the PBO examined programs run by the Department of Indigenous and Northern Affairs (INAC), Environment Canada and Public Works and Government Services Canada (PWGSC) which aimed to increase drinking water supplies for First Nations communities.

Indigenous Affairs and Northern Development Canada provides $1.2 billion over five years and PWGSC has been spending $500 million over five years on the recent under construction Northern Kitimat water treatment plant which aims to provide clean drinking water to a number of First Nations communities, the PBO reported.

The PBO notes the Northern Kitimat water treatment plant won’t be fully operational until mid-2019 and is “subject to a number of permitting and engineering approvals from provincial government and City of Kitimat.”

The PBO examined more than 9,300 sites in 45 First Nations communities and found the UN’s basic drinking water standards are not being met.

According to the report, “Providing water quality standards and services for First Nations is a challenge, especially in remote communities which are often situated in extreme environments and have limited access to public transport.”

The UN’s basic drinking water standards for contaminants, requirement to provide and test for pollutants for residents and prescribing a time period over which a water filtration system needs to be installed for use, are not being met, the PBO said.

The PBO noted the NWGSC’s spending on drinking water facilities has increased “significantly” over the past three years, although the target is about $7.4 billion.

However, the PBO noted “major infrastructure projects to meet water quality standards” in 19 of the 45 communities studied and added other impacts, such as the “price tag on drinking water treatment and associated system enhancements are significant. PWGSC projects there are $19.3 billion related investments.”

Regarding drinking water quality standards, PWGSC estimated it will cost more than $1.6 billion to meet international standards but the PBO said it is unlikely “these costs will be met” based on the evidence from the PWGSC’s study.

“Under such circumstances, improvements in drinking water supplies for First Nations communities and generally addressing environmental impact are not as readily achieved as expected,” the PBO noted.

“However, as PWGSC’s infrastructure projects are targeted to only a fraction of communities, and in total, only an estimated $1.3 billion has been spent on these projects,” the PBO said.

Public services and other departments have failed to fully address “major environmental impacts” in 673 of the 9,300 First Nations communities inspected between 2011 and 2017, the PBO noted.

“The government has committed to improving water quality standards for drinking water for First Nations communities, including for the communities inspected to date, by 2030,” the PBO said.

“Without an adequate rate of funds being provided to the NWGSC to ensure it can deliver on its targets, the NWGSC and INAC will likely fall short of their corresponding 2030 targets,” the PBO concluded.

“While the PWGSC has invested $563 million in NWGSC projects to date, including $14 million in 2017/18 alone, only 1.3 per cent (or $49 million) of the NWGSC’s total infrastructure investment targeted to first nations has been spent on NWGSC projects to date. The federal government should immediately commit to ensuring NWGSC fully meets its water services funding commitments.”