Letter to the editor: bully v parent – behind the scenes

Further to the statement above from SAA commissioner Greg Thomas, I do question whether the unacceptable behaviour, bullying and intimidation towards members of staff and pupils by parents have, as he is attempting to… 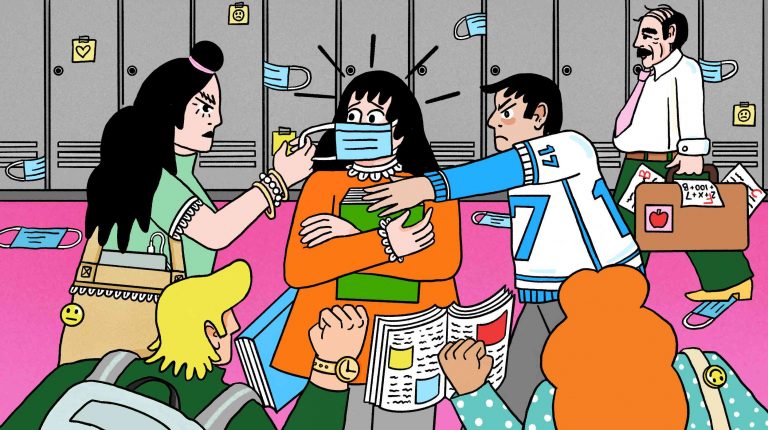 Further to the statement above from SAA commissioner Greg Thomas, I do question whether the unacceptable behaviour, bullying and intimidation towards members of staff and pupils by parents have, as he is attempting to indicate, stopped altogether. If they have, then why is our staff continuing to feel intimidated? Have they left Covid without support, assistance or protection from other parent organisations? I am concerned as a teacher that their very existence is at risk as many parents are effectively saying that they have no choice but to continue with their harmful behaviour. Why are we allowing these acts to continue and not taking whatever action can be taken to protect Covid teachers and students? They are being bullied through “bullying at work” by parents and children. Having helped our staff through these difficult times, it is hard to imagine SAA being prepared to allow the term 2017/18 to be a total write off.

Further to Mr Thomas, he is also ignoring the fact that in the last two weeks or so, two young pupils have been sent home, one because he sent a book bag to a teacher to leave home for a lesson, the other because his parent called the school and told them he was calling the police and threatened to “destroy the school” after SAA had disciplined his brother for verbally assaulting the teacher. This is not the behaviour I would expect from our pupils.

Before my son came to our school, he had had enough of being bullied at primary school. He became very self-conscious and withdrew behind his book bag when he went to the playground. He hated school because of that experience and for the first few years of secondary school, he did not play games and read because he was scared of being picked on. Now, he thrives in the school as he is helped with the unwanted pressures of social media that children face because of it. I do not believe that bullying should become commonplace in any school and I do believe that SAA has failed its staff. I have become an advocate of a school banning bullying of any kind for its students and staff. The costs of dealing with this issue must be factored into the budget.

We would like to invite you to attend the forum we are planning for next week.