The military authorities in northern Myanmar have detained 18 doctors, nurses and medics for treating anti-junta activists, a human rights organization reported. The men and women from Buddhist minority groups were detained on Aug…. 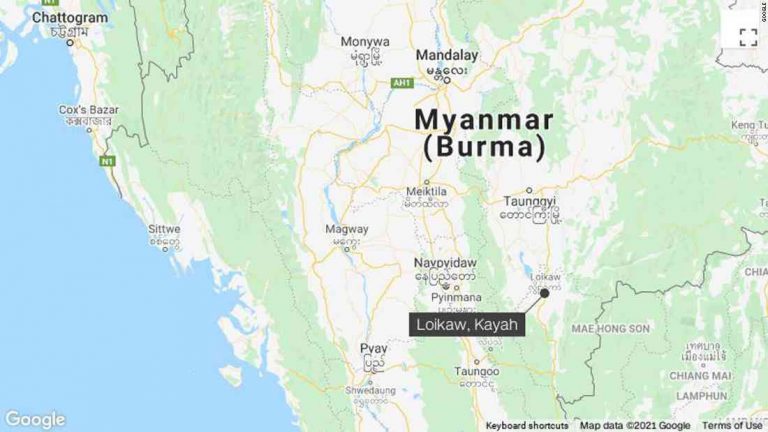 The military authorities in northern Myanmar have detained 18 doctors, nurses and medics for treating anti-junta activists, a human rights organization reported. The men and women from Buddhist minority groups were detained on Aug. 6 by police in the rugged and thinly populated Myitkyina township on charges of violating regulations that forbid government-supported “foreign influence” in health facilities, and of failing to disclose or obtain permission to treat residents they had met, according to a report Friday from the Assistance Association for Political Prisoners (AAPP), a nongovernmental organization active in Myanmar.

Myitkyina is also the place where Aung San Suu Kyi, Myanmar’s opposition leader and now its presidential candidate, went on her own first overseas trip after the military junta surrendered power in 2011. A mob of Buddhist villagers surrounded her vehicle and heckled her, and one man was killed.

A U.S.-based aid group working in the area, Open Arms Network, said in a press release that the medics came from Myanmar’s second-largest city, Mandalay, as well as Farouq, Skorole, Sittwe, Geikievo, Thandayanawe, Htawasi Paya and Chokha-Tawnavlau. It said the 17 men and two women had not been able to obtain permission from their local ministries to visit the facilities. The group’s director, William Lawrence, told a press conference that the authorities had denied all the medics’ repeated appeals for meetings and transport. Some had traveled to Yampaw village in Moulmein ward, a hilltop area to the east of Myitkyina, for treatment but were apprehended by police, according to Open Arms. The men and women were later handed over to local Border Guard Police.

Lawrence said authorities did not identify the people detained, but they were released on Aug. 10 after the U.S. Embassy in Yangon intervened on their behalf. Lawrence described the move as “a terrible decision,” since “we believe that this whole situation could have been handled very professionally and sensibly without putting people in jail.”

The seizure of the medical equipment, which included syringes, water purification and AIDS testing kits, and a laptop computer and mobile phone, “added to the detainees’ plight, as the U.S. Embassy called in the equipment immediately,” Lawrence said.

Myanmar is one of many countries where dissident journalists and human rights workers face arrest, often under conditions that violate basic human rights, such as the rights to freedom of expression, freedom of association and freedom of the press.

According to Reuters, five prominent activists are serving lengthy prison sentences on convictions of breaching State Law and Order Maintenance Law in what the group Citizen Forward Calls for Human Rights protection alleges is a pattern of political persecution.

The Huffington Post (in a video posted in English and Burmese):

Watch the latest video at video.foxnews.com