At the UK’s Green Week, we must recognise the business opportunities created by EVs | Junichi Iibori

Electric vehicles not only make countries’ environmental, economic and social sustainability goals more real, they can also “activate internal combustion markets.” As a result, competition in the market is improving the quality of products,… 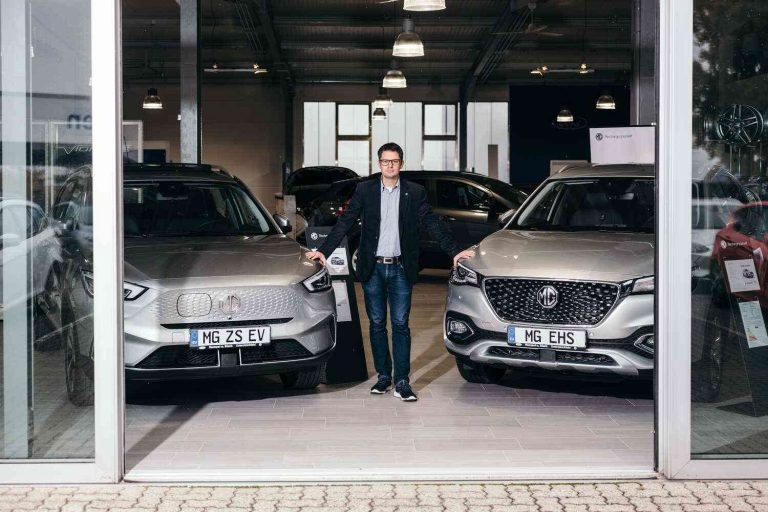 Electric vehicles not only make countries’ environmental, economic and social sustainability goals more real, they can also “activate internal combustion markets.” As a result, competition in the market is improving the quality of products, boosting new car sales and providing financial support for low and zero emissions vehicles. And, if the public and policymakers continue to support cleaner mobility, we will witness a new wave of innovation which will reshape the market.

This view is shared by a report that CDT has just published, titled Vehicles with Aspirational Potential: China’s electric vehicle market attractiveness analysis. That is why I’m extremely pleased that the UK Government has been asking this question for some time. Back in 2012, an EU Commission team led by Policy Advisor Linda Roddick and I concluded that an EV market disruption was looming, which could be a positive factor in a range of issues, including reducing emissions, optimising road infrastructure, and reducing logistics costs.

Unfortunately, today’s event, hosted by the Government of the United Kingdom and e-mobility initiative the Netherlands Ministry of Transport and Communications, provided no answers to these questions, other than to repeat that while the UK is committed to a low carbon economy, electric cars in the UK are not currently affordable. The key concern expressed in the UK is that UK manufacturers should not need incentives to produce cars for the UK market, which includes more than 600 cities where there is no public charging infrastructure at the moment.

Speaking from my own experience as a former executive at many leading automakers, I reject the argument that current demand for cars is not strong enough to support electric vehicles; for example, in the UK, and certainly throughout western Europe, we are seeing record high demand for petrol and diesel cars, and a strong level of enquiries for all types of electric vehicles. Rather, demand for new cars is driven by three factors. Firstly, improving fuel efficiency and lower emissions standards keep improving the ability of EV manufacturers to reach their production targets at competitive costs. Secondly, incentives and public initiatives are increasing average car sales per sale to roughly 1.5 times GDP. Thirdly, new advances in battery technology are delivering twice the performance and an almost doubling of range per battery module and directly increase the affordability of electric vehicles. This three dimensional demand for electric vehicles cannot be overcome overnight.

From my personal experience, only the Chinese manufacturers are even mildly successful in competing with western manufacturers. One reason is that their production volume is so much bigger than ours. But this has also allowed China to build the broadest selection of EV parts from battery cells to battery management systems. And let’s not forget that Chinese production pricing is just 1% of the combined prices of western manufacturers’ cost structure. It’s because of its highly competitive price structure and politically reliable supply chain that China’s automakers are moving so quickly into EVs. While China now only has 12% of global production capacity, some 5m batteries are being produced every year. This is more than 60% of the volume of battery production of Tesla. To put this in perspective, the United States, due to its extensive supply chain is only able to produce 20,000 Tesla batteries annually.

In addition to China’s substantial EV investment, Chinese authorities are now piloting a development plan that would enable public charging stations to be available in rural areas of the country within the next few years. As a result, we are likely to see a more significant contribution to the demand for EVs in the country over the next 5-10 years than any other one can expect from the US or Europe. And, this does not even include China’s huge investment in scale infrastructure, with the Government-backed Beijing-Tianjin-Hebei joint venture committed to building more than 10 giga-highway networks and 700,000 “Superfast” charging networks nationwide, by 2020.