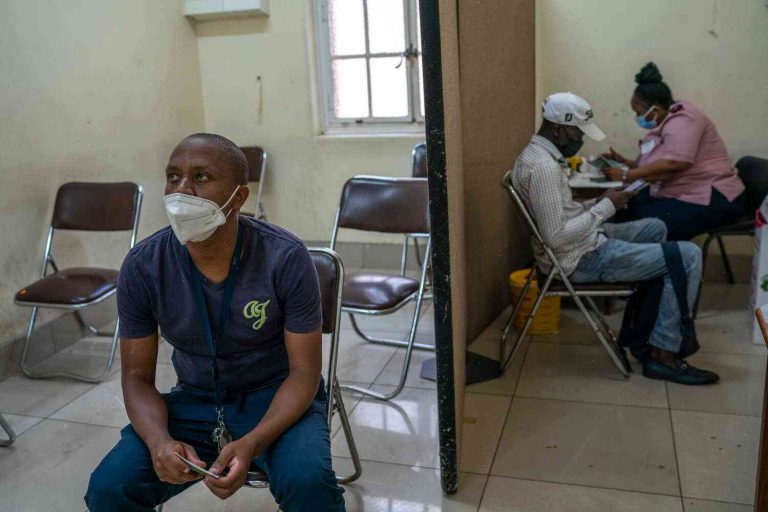 Vaccination hesitancy is a common problem in poorer countries, says a UN study.

Called the Vaccine Express, it said that in many parts of the world people in poor countries prefer non-invasive methods of prevention such as sharia or neighbourhood health and disease control rather than vaccination.

The findings were based on a survey of 1,200 people in seven low-income and middle-income countries.

Vaccine hesitancy has been identified as one of the biggest barriers to vaccination programmes around the world.

Childhood vaccination and immunisation-preventing programmes have been widely recognised as important tools to reduce deaths and diseases.

But opinions about vaccination vary substantially across countries and regions – and in some places, like Malawi, there is a vast gap between the general population and public health officials who are trying to tackle vaccine hesitancy.

Analysis shows adults in this group were three times more likely to have an opinion about vaccine safety than adults in others countries and the country at large.

Fears of side effects from vaccines were a significant barrier to vaccination, although people were less likely to avoid vaccination when they saw the benefits of immunisation.

However, there was also evidence that higher incomes and education levels may have some benefit for vaccination uptake.

The survey comes as the WHO is publishing a global strategy to support up to 500 million children vaccinated against diseases such as pneumonia and rotavirus by 2030.

This campaign has the backing of governments and large philanthropic foundations such as Bill Gates’ efforts.

But more than 90% of the world’s population lives in low- and middle-income countries, and they still lack sufficient resources to provide and distribute vaccines.

As part of the study, 94% of the participants were men, three-quarters were older than 18 years old, more than two-thirds worked outside the home, and most were married with children.

The regions where vaccinations were more prevalent than the rest of the country showed that rural populations are in the best position to take advantage of voluntary vaccination programmes.

The areas where vaccination-preventing practices are less prevalent, the survey suggested, are in urban areas and informal settlements.

“This support from countries in terms of funding, high-level leadership and good policy will make a real difference,” said Mark Dellis, general manager of United for Vaccines, the international body set up to improve vaccination.

Overall, the survey revealed that most people in adults were against receiving vaccines in countries where they are not mandatory.

The beliefs, however, varied significantly according to the region and whether they were working or not.

In low-income countries, the majority of women were opposed to receiving vaccines if they work outside the home and more than half said they did not trust government or other health providers to fully inform them of side effects from vaccines.

By contrast, more than nine out of 10 of the respondents working or economically active had expressed their willingness to receive vaccines, regardless of the side effects.

Common reasons given for their decision included that they had health concerns and believe vaccination is effective.

The study also touched on US attitudes to vaccines, as well as how policy-makers in certain countries approach the vaccination debate.

Many people in a number of countries thought the disease should be eradicated, but in Nigeria for example the report suggested there was a lot of pre-judice.

“There is a very high level of mistrust in global health initiatives around the globe. A very low level of trust in the government and health care workers,” said Mark Dellis, who is in charge of strategy for United for Vaccines.