Barbados’s society newspapers have marked the birth of the country’s new republic by calling on its citizens to mourn the death of its former monarch and celebrate the birth of a new country. Earlier… 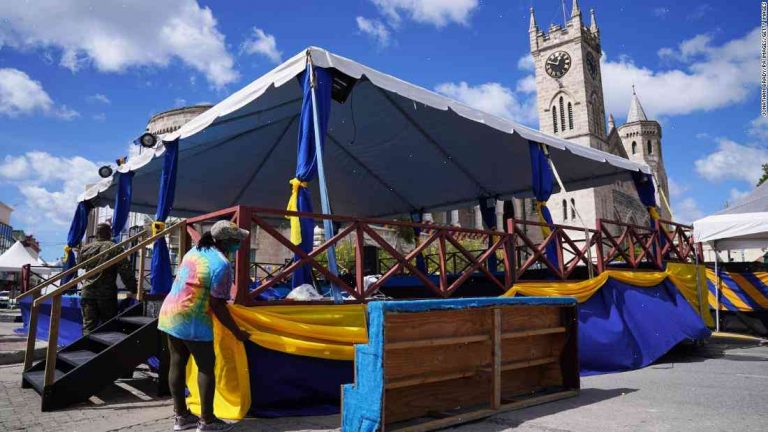 Barbados’s society newspapers have marked the birth of the country’s new republic by calling on its citizens to mourn the death of its former monarch and celebrate the birth of a new country.

Earlier this week, the country’s new constitution was approved by more than 70% of its parliamentarians, a remarkable feat in a country that just two years ago was thrown into turmoil when an opposition rebellion ousted the government.

After the the events of 2010, following which tens of thousands of people protested in the streets and played loud music under the rain as the Queen’s staff arrived to remove furniture, the Caribbean island had returned to relative calm and calm.

That ended on Monday, when Benpower – the most widely read evening newspaper, with a circulation of 80,000 – led its front page with a recent Twitter exchange between its leader, Mike Russell, and its US equivalent, The Washington Post.

Mike Russell (@MarrTweet) Looking forward to seeing The WaPo’s coverage on Barbados’ constitutional changes. No thanks to their opportunism, they published an erroneous headline yesterday. Article 5.2 (l) is the key to all this.

Benpower (@BenpowerOBS) Remind you of where we started? From dark night to bright morning. Let’s keep it going. pic.twitter.com/P9a6b6jjoc

The Washington Post tweeted that the current affairs magazine Black Monk had mistakenly labelled the constitutional changes a “neocon-paved road to a new republic”. The Barbados Observer, a rival evening newspaper, responded by calling on its readers to grieve the death of the Queen.

The Barbados Observer (@BarbadosObserver) Tomorrow: five days to go until the Queen’s memorial service, and still no tribute to our beloved Queen? It’s kinda a pique.

A British captain of state recently caused controversy in Barbados when he admitted having no intention of visiting the country.