Written by Beth Ferguson, CNN When Thierry Escalante was a student, he watched the 1975 film “Dog Day Afternoon,” which follows an older bank robber who injures a bank manager and is arrested. Escalante… 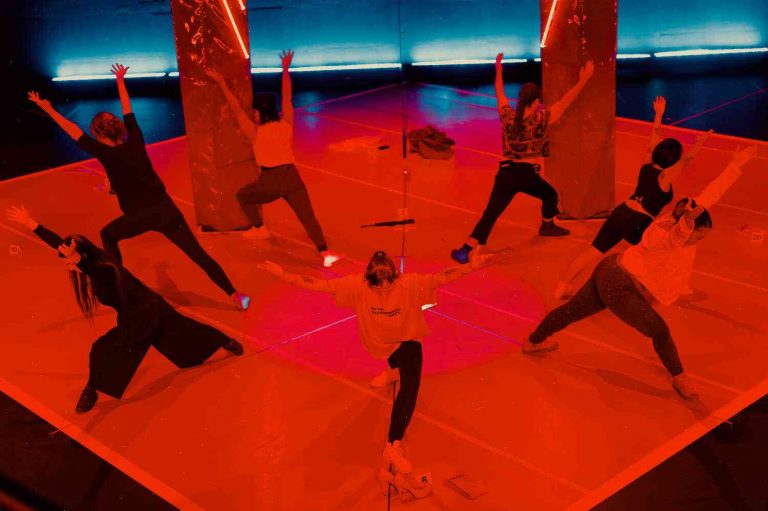 When Thierry Escalante was a student, he watched the 1975 film “Dog Day Afternoon,” which follows an older bank robber who injures a bank manager and is arrested. Escalante said he was inspired to develop choreography for a live performance based on that film that would show how a person’s body might respond if someone was pushed off a building. He now performs the work with the In Denial theater company.

“When I saw ‘Dog Day Afternoon,’ the pain that he felt afterwards — it didn’t make sense,” he told CNN. “I said in that performance, ‘Let’s take his body, make him fall, take away the wire and make it like a struggle.’ I couldn’t bear that people have only one body and [that] are so abstracted by money that they can’t fall. I wanted to show that the victim has two different bodies: The first that he has to try to escape from the surveillance cameras and the second that he has to fall. This is the most disturbing thing because it’s about what it means to suffer. At the moment he falls, how much time he has. When he lands on the ground, how badly it is. For me, it was a film that also symbolizes a human body. With human hands, with human feet, with human hands and also a very dirty sewer. That’s why I’d like to show it.”

But he felt the actuality of the situation would make a difference if he could exploit the film, which had a strong originality. “I wanted to show that the performers shouldn’t have to be held by something that’s too heavy,” he said. “They should wear very minimal shoes and very minimal costumes. But when you start to fall, they can’t act. Their character and their feelings would be very unsatisfactory. So I had to keep this against the same department and take this risk. If the audience can’t identify with the film, they will only cry, so I wanted to separate the performers from the stage.”

His collaborators took the idea for a performance after Escalante’s 2004 work “Taming the Beast.”

“It’s difficult to improvise but I work on the road because I don’t like doing everything myself. But I’m sometimes the only one who can improvise on this level on this big stage. Because I can’t get another performer on the same level. When it’s essential, I need to improvise everything,” he said.

“I wanted to take into consideration the relationship between you and your body. You can’t just go into a room for two hours to practice without getting to know your body — and myself. I know my body better than I do you.”

“Dog Day Afternoon” will be performed in museums and streets next year. Escalante said he believes that his work can help his collaborators and other dancers as they face their difficulties and fears. “I’m not going to get on stage, but I’m ready to watch,” he said. “So I’ll write some simple instructions for the projection of my brain because it’s the same thing. ‘We are all subject to the effects of your body. If you were pushed from a building, what would your reaction look like?'”

His own exercise regimen is simple: “I see my body every morning. And I take care of the state of the body. Sometimes I go for a walk, sometimes I do yoga and meditation and I also do Pilates.”