One year after referendum, the commission suggests in its final report that a new symbol might not need to be strictly physical The commission established by the Northern Ireland government last year to develop… 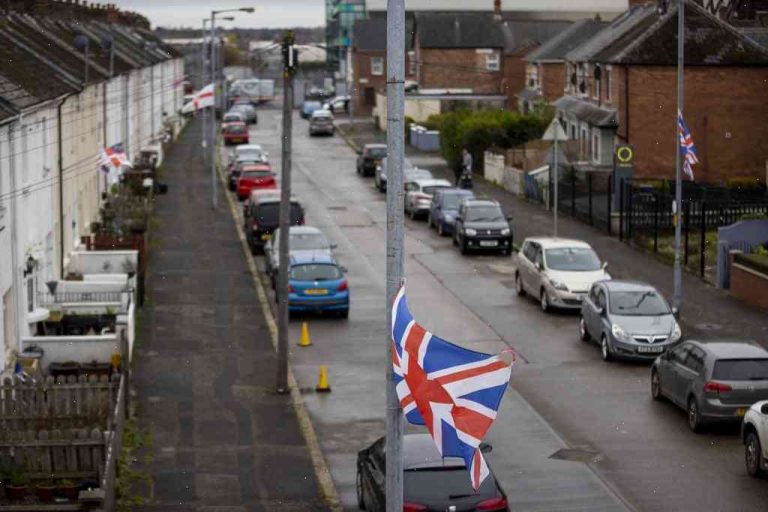 One year after referendum, the commission suggests in its final report that a new symbol might not need to be strictly physical

The commission established by the Northern Ireland government last year to develop a new form of Northern Ireland’s flag has recommended the creation of a new flag for the region.

The proposal calls for the flag to be a symbol to be associated with the economy, which will need to be “viable, sustainable and of a quality that can be deployed and enjoyed by the people of Northern Ireland”.

The reference to the “capital economy” makes it clear that a new symbol would not be physical, and could include other symbols or imagery.

The commission said there was a “possibility of a red and white variety of flag that does not necessarily require a pole”.

The flags of the territory were based on the royal British crown as well as the Union Jack and Orange, St Andrew’s, St George’s and Connacht flags.

The constitutional status of the Union flag has been the subject of fierce debate and debate in the region, although Northern Ireland’s 1998 peace agreement also requires the cross of St Andrew’s – the flag used in the Irish Republic’s Republic of Ireland – to be flown at the Stormont assembly and executive buildings in Belfast, Derry and Dublin.

However, both flags have been flying outside Stormont in recent months without government approval after the deal to deliver devolved power-sharing between the British and Irish governments broke down in January.

Northern Ireland’s first minister, Arlene Foster, will respond to the final report from the commission later this week.