Central Oxford ‘on lockdown’ after ‘terrorist’ stabbings at primary school

A knife-wielding man is dead after he attacked a school employee with a ‘long metal object’ in what appears to be a ‘random attack’ Police in Oxford, western England, have confirmed that a man… 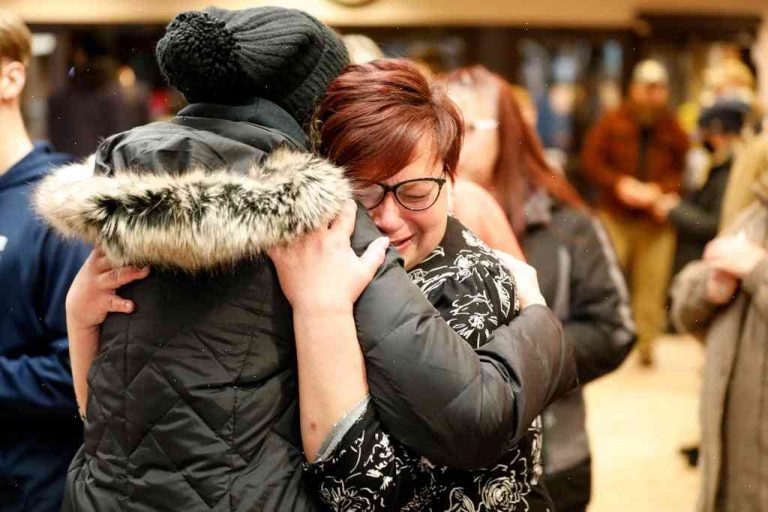 Police in Oxford, western England, have confirmed that a man is dead following a stabbing at a school on Wednesday afternoon. They said the stabbings are “unexplained”. The school evacuated students and staff and told students to stay inside the school buildings until the situation was under control. Oxford police officer Steve Banks said the man “jumped on a teacher at a primary school with a ‘long metal object’ and stabbed him”.

What we know about the suspect

Classes have been cancelled and pupils will be kept inside the school building until the situation is under control. It is not known why the incident is being treated as a “terrorism incident”. The London mayor, Sadiq Khan, told the Today programme that the attacker is believed to be from Oxfordshire.

Why this incident is being treated as terrorism

In the wake of the London Bridge and Manchester attacks, schools across the UK were put on full lockdown. The attack in Norway in 2011 resulted in a similar lockdown, and the circumstances of this event appear to fit the criteria set out in this paper.

A black-haired man armed with a knife attacked a teacher at a primary school in a town called Manor Way, as children were being sent home from the school. Police surrounded the man, who was shot dead at the scene.

No children or staff have been hurt. Officers in police cars armed with guns could be seen evacuating children.

The local sheriff said the attacker “jumped on a teacher at a primary school with a ‘long metal object’ and stabbed him”. The Oxfordshire police chief constable, Mark Rowley, added: “At this time we believe the incident is to do with a domestic dispute, and the deceased attacker is thought to be an adult male from the Oxford area.”

Witnesses described seeing police rush to the scene at about 1.50pm.

Operation Lemon is continuing while children are being kept inside the school building.

“Police are handling the incident with a number of priority officers including firearms officers – we urge local people to stay away from the area,” said Steve Banks. “Anyone who has any information should call the Thames Valley Police control room on 101.”