Two hours before my flight out of Athens, Greece, I had a moment of panic. Thinking about my flights to New York to join my family for Easter, I was nervous that my vaccinations… 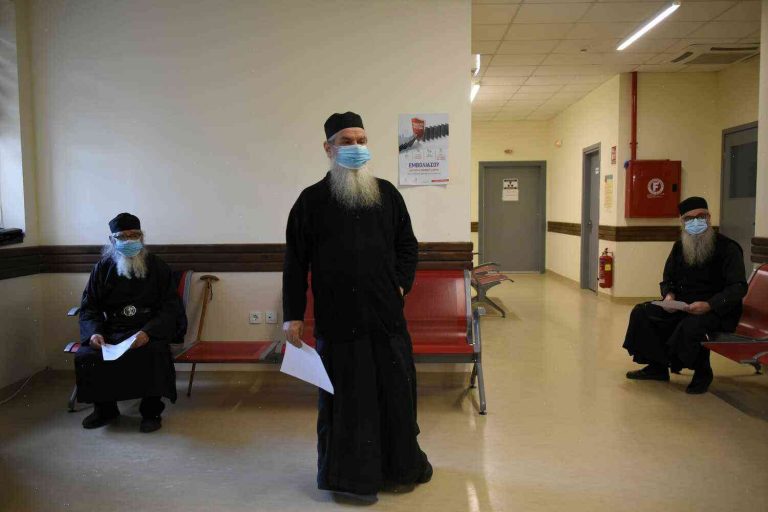 Two hours before my flight out of Athens, Greece, I had a moment of panic. Thinking about my flights to New York to join my family for Easter, I was nervous that my vaccinations might go into effect two hours late. I was afraid that I might miss out on something special.

My fear was false. My trip to Greece went well. I made new friends, took cheap tours and saw Greek architecture and culture. I had my shots without incident. And to make sure I understood the logic behind Greece’s new rules—aimed at stopping the spread of measles and whooping cough—I decided to check whether I was a “High Risk” whooping cough victim on the “Whooping Cough Risk Map.”

The map is meant to show pregnant women, their children, high-risk young adults, and older adults at risk for illness if they’re not vaccinated. But even if you’re not at the highest risk, you may face added costs if you choose not to get vaccinated.

In 2018, between April 21 and April 23, GEP Inspectorate, a public authority of the Ministry of Public Health, issued 94 fines totaling 96,903 euros ($108,700). Of the 94 fines, 71.8 percent of them were to people who failed to report to the authorities when they should have been inoculated. The vast majority of those fined—82.7 percent—were between the ages of 20 and 40, according to the data provided by the GEP Inspectorate. There were also 16 fines for collecting records of whooping cough that must be destroyed. (You can see the full data on the GEP Inspectorate’s website.)

Greece has the highest number of “high risk” vaccination exemptions per capita. According to a report released in April by the OECD, in 2016 only 24 percent of Greeks (14 percent of women) were vaccinated with the influenza vaccine—even though the World Health Organization recommends all people below the age of six months receive it. The travel warnings include a majority of Greece’s neighboring countries as well. In 2016, the public health crisis in Spain and Portugal led over one-fifth of Spaniards and Portuguese not to be vaccinated.

In March, Greece passed a new law to repeal the 2007 “Birthright” law, which gave a 9-year-old child unlimited legal privileges when it came to educating, marrying, or moving freely without the consent of the country’s parents. While the new law does not undo the most important components of birthright, including the freedom to marry outside of Greece, it does revoke the right to file a “child protection” claim when the child is brought to an abortion clinic.

The new law establishes that Greece is a “Catholic” country. In addition to repealing the Birthright law, Greece’s parliament has proposed a law to raise the age of marriage from 16 to 18, and is looking to increase the age of separation from 55 to 60.

On April 16, The Economist reported that there have been more than 6,200 cases of measles in Greece since the start of the year. This has led to almost 15 deaths and thousands of ill children. The spike in measles cases could be directly related to the fact that Greece now allows the use of cannabis as a medicine, which could be connected to the spike in whooping cough cases.

During the cold snap during Easter, there were as many as 10,000 cases of measles per day in Greece. An estimated 32,000 to 45,000 children are infected with diphtheria and pertussis, which is currently considered a “high risk” condition, meaning they are at risk of permanent brain damage or death.

Given Greece’s very high rates of non-vaccinated adults, I hope more people get vaccinated. On our flights back to New York, my family and I watched a tape of a man in an emergency room trying to confirm whether his son was too young to be vaccinated. My family debated whether we should obtain second-hand or unnecessary vaccines just to make sure he was OK.

I won’t be taking our children, friends, or family on a trip to Greece any time soon, but I can’t take my travel insurance with me when I return home. Instead, I’ll decide whether to ask my doctor for a booster.