Written by Staff Writer Rhiannon Batton-Laird reports from Cape Town Travel bans are “outrageous” and the allegations made by several Democratic Alliance politicians regarding free flights to destinations in Africa are not true, according… 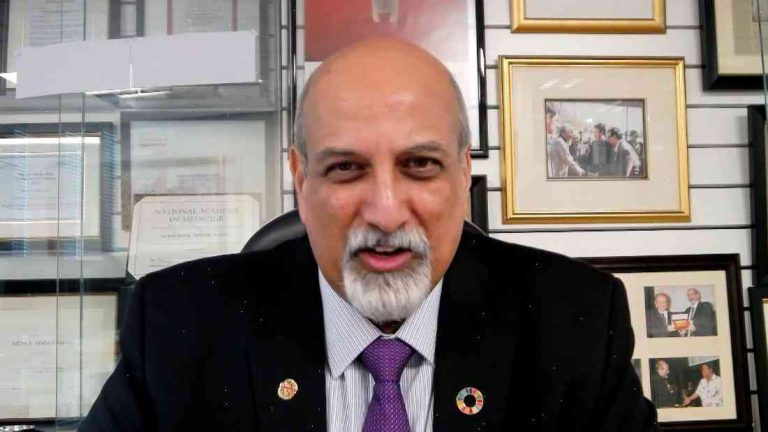 Travel bans are “outrageous” and the allegations made by several Democratic Alliance politicians regarding free flights to destinations in Africa are not true, according to South African epidemiologist Dr. Roger van Zyl.

“They’re saying that there is something wrong with my work,” said van Zyl, who advises on HIV and TB strategy, at a press conference last week. “What they should be asking is, ‘Why haven’t you sent me a clinical manual?’ and ‘Why are we doing poorly when we have the advice in the text of my books?'”

Van Zyl is referring to allegations in The Sunday Times newspaper in the South African capital of Pretoria that Democratic Alliance (DA) leader Mmusi Maimane and several other officials and politicians traveled on state planes to destinations in Kenya, South Africa and Zambia in 2017 and 2018. The report claimed that a DA group of more than 100 people went on a tour that was reduced from a six-day event to a two-day event.

Dr. Roger van Zyl, epidemiologist for the National Institute for Communicable Diseases (NICD), said his participation in the tour was a “wholly appropriate project” given his work on HIV and TB. Credit: Courtesy NICD

“The world needs to know that the government (in Africa) is not failing the people. Instead, it’s putting them at high risk,” said van Zyl. “This matter is entirely within the purview of the DA, and to say that there is some sort of impropriety is incredibly unprofessional.”

Van Zyl added that a trip to Africa last year was in fact approved by the Minister of Public Health as part of a DA program to “help young people in South Africa access free HIV/TB/AIDS (treatments) in Kenya.”

“The DA has been unnecessarily interfering in the affairs of the government,” he said. “It’s totally out of place to be giving people negative information about what is true.”

Van Zyl is an epidemiologist for the National Institute for Communicable Diseases (NICD) in Durban, in South Africa’s eastern KwaZulu-Natal province. The institute manages operations on HIV, tuberculosis and malaria in South Africa and maintains a database of epidemiological data for the country, which is run in partnership with the federal government.

In 2017, van Zyl attended a national conference in South Africa’s capital of Pretoria to give talks on HIV and TB. He also advises the committee managing the government’s portfolio on HIV, tuberculosis and malaria.

According to The Sunday Times, the Democratic Alliance officials who accompanied van Zyl on a tour to Zambia and Kenya earlier this year were from the party’s opposition department, the Health and Child Care Parliamentary Portfolio Committee.

The DA has been asked by the media for comment, but is yet to respond. The final documentation relating to the trips, according to the newspaper, was obtained by the investigative website Public Protectorweb.com.

Health Minister Aaron Motsoaledi has said that the committee approves travel plans in order to fulfill the commitments of the DA, adding that he will “not hide” the trips and disclosures to The Sunday Times. Motsoaledi has blamed the newspaper for “politicizing” the issue by saying that the trips were sponsored.

Professor Lynn-Marie Robinson, a long-time advisor to the South African government on AIDS, said she had not heard of such allegations before and is perplexed by them.

“I would be surprised if there was some sort of payoff for it, because that’s not the way these parties work,” said Robinson. “I don’t have any facts on this but they are ridiculous and they should apologise. I think that the Democratic Alliance should know that the travel of politicians, as with any government department, is routinely scrutinized. If there’s a need for a trip, there’s a need for an expenditure by the department or the ministry.”

Maimane has said that the trip was donated to the conference he was attending and that his attendance was “a completely legitimate activity.”

The Democratic Alliance has a poor record on anti-AIDS work, according to Robinson.

“Their initiatives to combat HIV/AIDS have been very limited compared to other parties. We have a huge push in South Africa to check for opportunistic infections and I don’t see what the Democratic Alliance does about that,” she said.