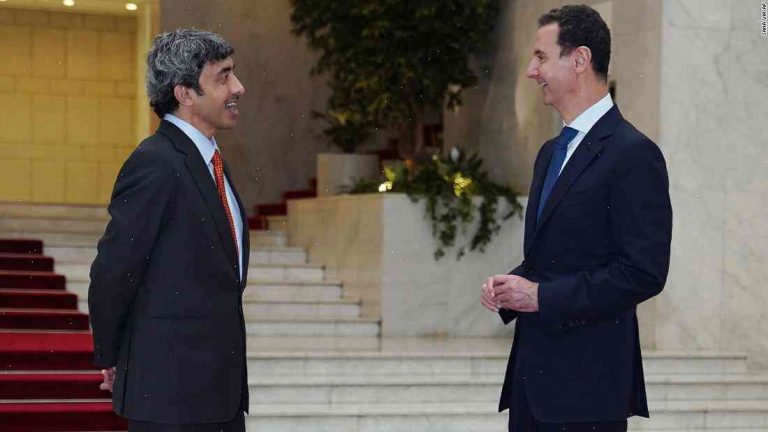 “The meeting between the UAE Foreign Minister and the President of the Syrian Arab Republic marks the highest profile foreign ministerial visit to Syria by an Arab country since the Syrian crisis erupted,” the state-run news agency SANA reported.

The UAE has for years supported rebels opposed to Syrian President Bashar al-Assad in their fight against government forces. Some of them are believed to be Islamic extremists.

CNN has reached out to the State Department and the UAE for comment.

The US has for years refused Assad’s request for formal negotiations, even though it has long supported the anti-Assad forces.

Last month, President Donald Trump tweeted that he wished that Russia, Iran and Assad “would get involved with the rebels & put an end to this slaughter.”

“In Syria, Russia must end its support for Assad. The carnage must stop. Russia can no longer be trusted. An END to the Iran bloodbath in Syria must follow!” Trump tweeted.

But Friday’s meeting came less than two weeks after Russia defended Assad’s use of chemical weapons on civilians.

On February 8, the US Ambassador to the United Nations, Nikki Haley, denounced chemical weapons use by both the Assad regime and the Syrian National Coalition, as well as repeated ceasefire violations by the Syrian government, in an impassioned speech at the UN Security Council.