BERLIN – A military-style bomb exploded at a bar in Munich on Saturday, injuring at least four people and prompting police to urge would-be attackers to stay away from the German city. The explosion… 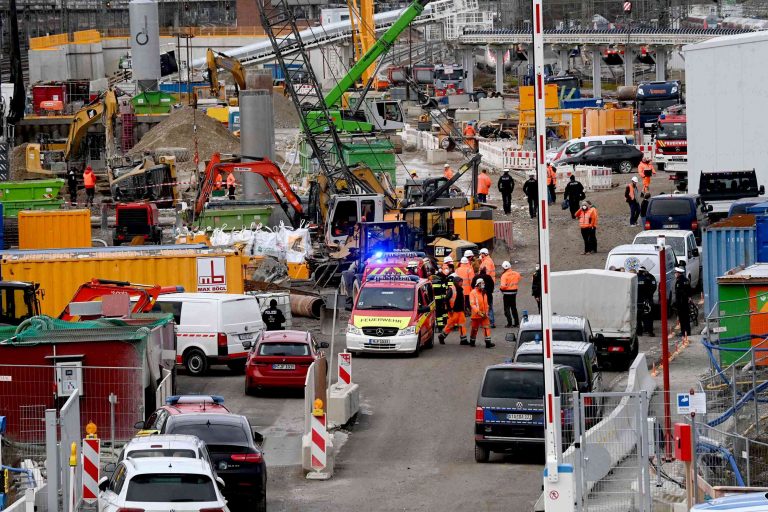 BERLIN – A military-style bomb exploded at a bar in Munich on Saturday, injuring at least four people and prompting police to urge would-be attackers to stay away from the German city.

The explosion took place in front of the bar around 11 a.m. (0900 GMT), immediately killing a fifth person who was standing nearby.

Two of the injured in the explosion were in intensive care, the Munich public prosecutor’s office said in a statement. The explosion was caused by a home-made bomb filled with screws, possibly from a World War II era anti-aircraft gun, federal police said.

The majority of the casualties were trampled and glass shattered on the street, police said, adding that the injured person’s death was consistent with reports of a bomb explosion.

“There were 12 people injured. Four of them have been taken to the hospital where their medical condition is serious,” a police spokesman said. “Four are at the hospital and are being treated for severe injuries.”

Police spokesman Alfred Rohde said the victims were trampled as they tried to flee the explosion, and some of them had severe injuries.

“There were lots of people there – women and children,” a woman who visited the scene later told a local newspaper. “Everyone tried to escape and the police didn’t react until almost half an hour later.”

Although no motive for the bombing has been officially disclosed, news reports said the explosion occurred at a bar near the student center in an area popular with students. The scene was cordoned off on Saturday, with paramedics treating those who were hurt in the blast.

Police urged would-be attackers to stay away from Munich, which has been under a state of emergency since the Islamist attacks on December 22 in Berlin.

“We have to go home and stay home,” Munich public prosecutor Peter Müller told the crowd of media. “You are in our thoughts.”