• ‘Our thoughts and prayers are with his family and friends,’ says former team-mate • 19-year gap between international starts at Brive and England Siobhan Cattigan, a veteran of 19 Scottish international rugby union… 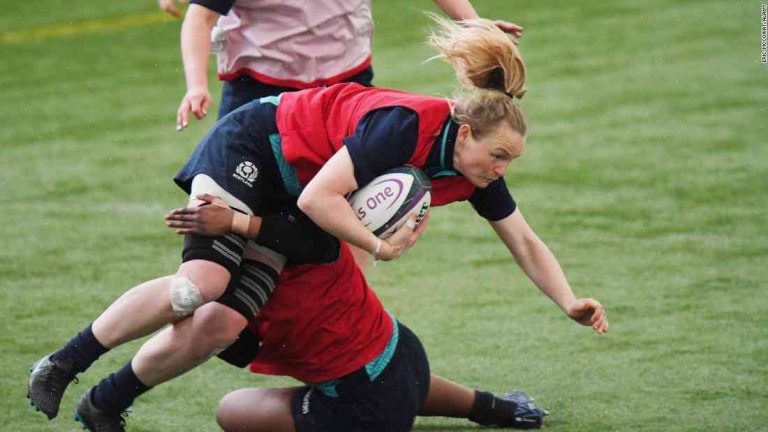 • ‘Our thoughts and prayers are with his family and friends,’ says former team-mate • 19-year gap between international starts at Brive and England

Siobhan Cattigan, a veteran of 19 Scottish international rugby union caps, has died after a battle with cancer. The flanker, who last started for Scotland in 2010, announced in January that he had been diagnosed with cervical cancer at the age of 26 and in a statement released through Scottish Rugby he said he was currently in “private care”.

The union said in a statement on Thursday: “Scottish Rugby is devastated to hear the news that our former Internationals Siobhan Cattigan has passed away.

“We know that our thoughts and prayers are with his family and friends at this difficult time.”

Cattigan played three tests for England between 2007 and 2009, making the first of his 17 appearances for Scotland in 2004. Scotland’s former international back-row, who won 64 caps for his country, made his Scottish debut in 2005 and made her last cap against France three years later.

He started his international career at Brive before moving to England and then to Glasgow Warriors in 2011 and has been part of an improving Scotland team for the past two seasons, helping them reach last season’s World Cup semi-finals. The Scotland coach, Gregor Townsend, said: “The Scottish Rugby family is heartbroken to hear the news of Siobhan’s passing.

“An inspiration to all who knew him, Siobhan’s success in rugby not only gave him tremendous personal satisfaction but also inspired other individuals battling cancer to be inspired too. This also helped to raise hundreds of thousands of pounds for Macmillan.

“Siobhan’s attitude was the complete opposite to his illness – he never once complained and continued to smile as if nothing had ever happened. His sporting career started at an early age and it proved such a great platform to use to get to where he wanted to be. He will be greatly missed but there are countless positive memories of what he achieved in rugby.”

Cattigan suffered a late-season injury in 2015 and was forced to retire after the World Cup in England. At the time he announced the news, Cattigan’s brother, Liam, who also played for Scotland, said: “I have a message to all my followers and friends – I just want to say I’m doing OK, thank you all so much for the love and support you’ve shown.”

Former Scotland centre Alex Grove said on Twitter: “The loss of a young man like Siobhan is a great tragedy. What he went through was the worst it could have been and he has been in private care. I knew him since he was 18 and I will never forget his smile or the way he made everyone feel at ease. It was an utter privilege to know him. My condolences to Siobhan’s family and to his friends.”